Is Battlefield 3 Even Worth Buying On Consoles?

“Battlefield 3″ is out today, and if you’re not a PC gamer, you must be asking yourself the same question I am: should I even bother with this thing on consoles? Am I dropping sixty greenbacks for a watered-down experience? I mean, when you buy “Battlefield 3,” what are you hoping to get for your money? Top-notch, jaw-dropping graphics? Massive multiplayer battles? The console version, it could be argued, has neither. It’s a diminutive form of the true experience, and yet you’re going to pay the same (or more) for it that a PC gamer would. Is it worth it? 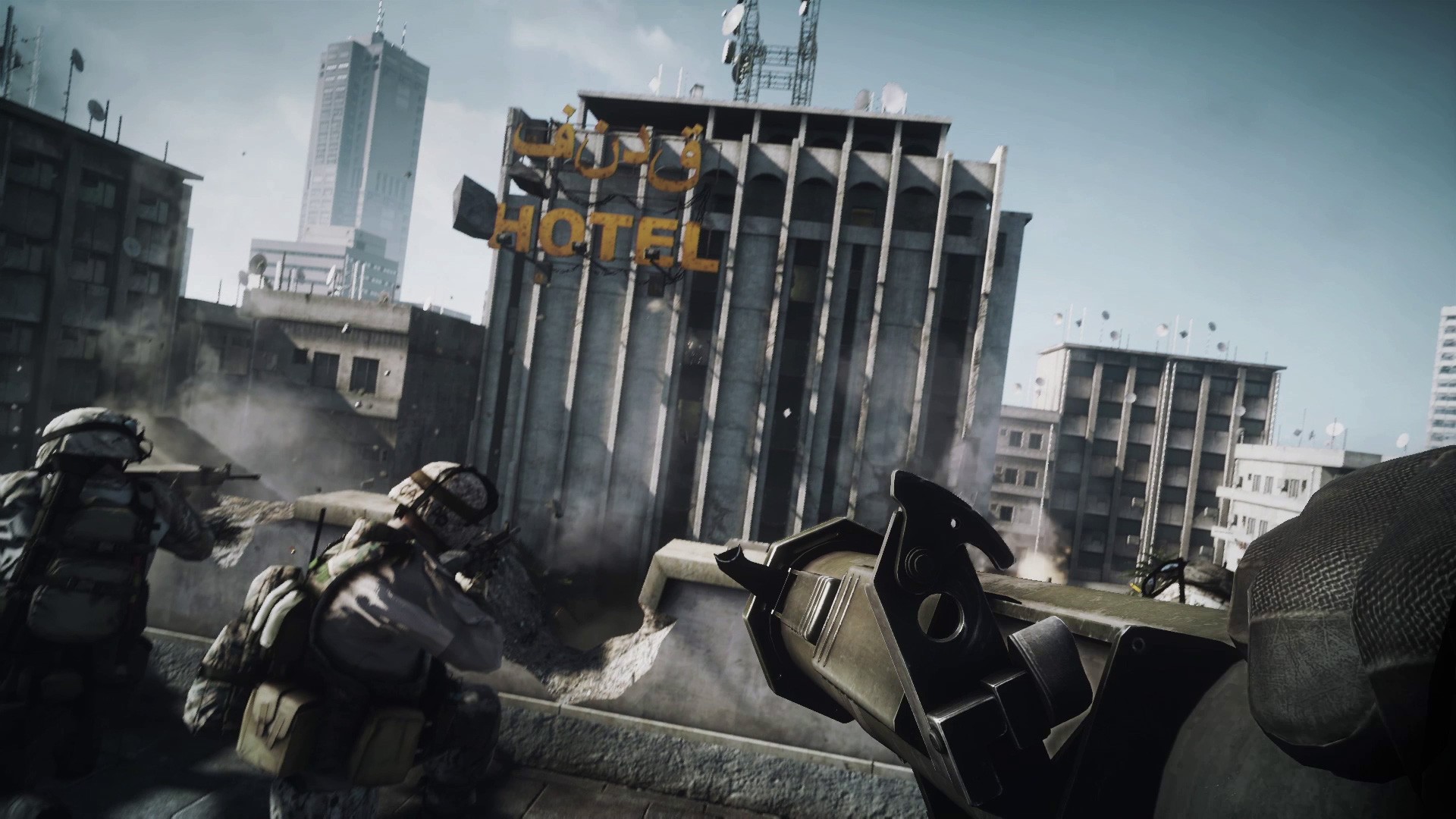 24 players. I just keep thinking about that number over and over, and it worries me. Sure, they modified the maps to accommodate the smaller player count, but as any veteran “Battlefield” player knows, the game is designed for high volume, and only really works in that context. “Bad Company 2″ was great, but all it took was one errant squad, one dickhead stealing the helicopter without any intention of using it well, and your team could suddenly end up in a body-bag. This is why “Battlefield 3″ has 64 player battles on the PC. It’s not just “hey look at how many people we have,” it’s necessary for balance.

And you’re never, ever going to see the game you’ve been watching on Machinima on your PS3. You’re just not. It’s not the same game. We console gamers have always known that in the back of our minds, but we’ve been putting the issue off, maybe even in denial about it. Now, with the game really upon us, it can be denied no more. This is our lot in life. We’re stuck with a muddier, uglier game, period.

On the other hand, console gamers aren’t being sold short on Frostbite 2, jet combat, blurring vision caused by suppressing fire, and other cool new/returning features. And while no one is comparing the console graphics to those on the PC, DICE’s ability to squeeze their massive visual ambitions onto the PS3/360 is admirable. I’m glad there’s a texture install, that was a smart move, even on the 360, where such things are quite foreign.

All in all, I suppose there’s reason enough to buy the console version of BF3, but I can’t help a slightly muted level of excitement. I’m sure it’s fun and a worthwhile investment, but it’s not quite the game I’ve been drooling over for a year now.

i drink till i’m drunk