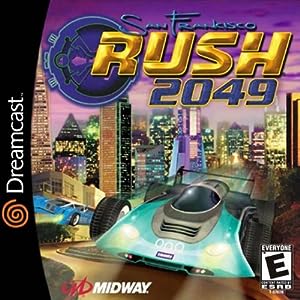 Do you remember the San Francisco Rush series? Did you ever play San Francisco Rush 2049 on N64 or Dreamcast? This series predates the usage of physics-based gaming terminology and the Burnout series, but its gameplay is still quite addicting. If you’re like me, and you’ve wondered what the hell happened to the series. As far as I can tell, the franchise rights are likely at WB Games, but as far as I know, they’ve no plans to revive the series anytime soon.

Thanks to a talented group at DigiPen, we can now experience Rush for the modern age! Infused with a Tron-like aesthetic, Daft Punk-like soundtrack , F-Zero-like quickness, and the gameplay of San Francisco Rush 2049, Nitronic Rush picks up where Midway left off. Although this is a student project, the end result is quite impressive. Even better, it is available to download for free on Windows! Check it out for yourself.