Some of the best franchises in gaming are currently sitting on the shelf, without new iterations or reboots to continue their legacies, and I think that’s a shame.

Let’s go through and pick five great brands that are being inexplicably ignored, and champion their cause for a new generation. 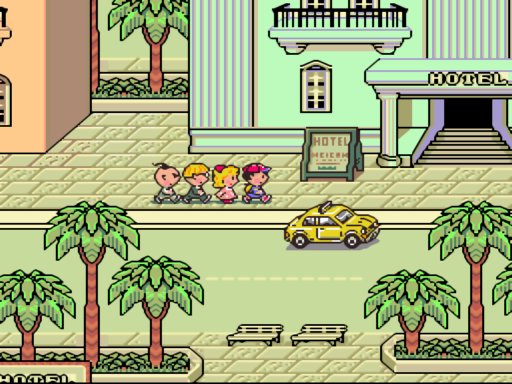 5. Earthbound/Mother (Ignored Since 2006). What in the hell is it going to take for Nintendo’s cult favorite to get another shot? Ness has remained popular thanks to his scene-stealing cameo in the “Super Smash Bros” franchise, and every other character in the Big N’s wheel-house has had their moment in the sun, so come on already. If the Wii U is going to be Nintendo’s attempt to win back the hardcore, I can think of no better gesture in that spirit than a triumphant return for “Mother.” 4. WaveRace (Ignored Since 2001). “WaveRace 64″ is up there with the great all-time racers; there, I said it. The revolutionary water physics engine alone puts it down in history, and the GameCube follow up “Blue Storm” wasn’t bad either. So where in the hell is my Wii edition? The games alway sell well and get great reviews, there’s no reason not to do this.

3. Star Wars: X Wing (Ignored Since 1999) Before you even open your mouth about “Rogue Squadron,” no. SW:RS is a great franchise, but it doesn’t replace the “Flight Simulator meets Star Wars” geek rush of the classic “X Wing” series. I would love a cross-platform reboot with next-gen graphics and a “Steel Battalion”-esque intensity of game design.

2. Eternal Darkness (Ignored Since 2002). It’s gonna be like that, huh Silicon Knights? You give us one incredible game that shatters boundaries and pre-conceptions, then leave it behind to go make crappy Norse mythology sci-fi RPGs? It won’t do. I want another “Eternal Darkness,” and I want it yesterday.

1. System Shock (Ignored Since 1999) I love “Bioshock” as much as the next guy, but I still want another “System Shock” game. No other franchise produced such an eerie, brilliant sense of place with such fine-tuned gameplay. When Irrational is done with “Bioshock: Infinite,” they should dance with the girl who brought them and revive this classic series.

A Few That Should Have Been Left Alone…

2. Alone in the Dark. It’s not that bringing back this classic series was a bad idea, but they clearly weren’t ready to make it work and screwed the pooch but good. It was pretty looking, but that’s about it.

1. Final Fantasy. There, I said it. Ever since FFVII this series has been getting on my nerves. Absence makes the heart grow fonder, Square. Go away for a little while, let us miss you a little, then come roaring back with a reboot or something. You’ve just about bludgeoned us to death with sequels, remakes, spin offs, DVD movies and features. How about a break for awhile?

happily without the muses